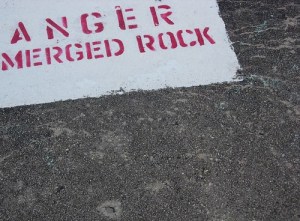 Stream Wars have flared up again and the world of digital music is in turmoil. The recent round of streaming-bashing originated in a study by NPD group and NARM. Words were harsh “Spotify is detrimental to music purchasing”, the study says. In the words of the researchers, the new digital music climate makes it easier for consumers to avoid taking “high value action”. In words used by normal people, “high value action” means “buying”. Only last week, Coldplay chose not to have their latest release available on streaming services as they understand that they simply make more money selling downloads.

One player who found this out the hard way is the distributor STHoldings, who announced yesterday that they have decided to remove their 238 labels strong catalogue from the streaming services.

The numbers that STHoldings published showed  that for the first time ever, digital revenue for the distributor is down. Results from the third quarter 2011 reveals that all-in-all, digital revenue has dropped 14 percent, iTunes revenue has dropped 24 percent, and streaming services accounted for 82 percent of the music consumed, but only 2,6 percent of the revenue. In the press release from STHoldings, you can find this juicy quote:

“Add to that, the feeling that their music loses its specialness by its exploitation as a low value/free commodity. Quoting one of our labels “Let’s keep the music special, fuck Spotify”

Some aggrieved artist (not necessarily associated with STHoldings) even went ahead and created this angry page.

It eludes me how anyone can be surprised that subscription services eats away at revenue from downloads. If I stream, I don’t buy. The question has rather been one of “can revenue from streaming services make up for the revenue lost from downloads”. And right now, it seems that the answer is no.

One of the problems is of course that the streaming services are refusing to share their payment rates with the world. Paidcontent calls out for “Transparency On Music Streaming Rates” and concludes:

“…what do the industry’s power brokers have to hide? If the rates really are fair and have merit, it would serve everyone better to get them out in the open now”.

Indeed. And the recent deal negotiated between Spotify and Swedish performance right association Stim is secret even to the Stim-members. It seems a lot of people sign a lot of NDA’s.

A side note: Anyone who understands how a standard record contract is designed quickly realises that when money is portioned out between several middle men in the music industry value chain, and the record labels owns parts of this value chain, the artist is in a sense being screwed more than usually. You have to pay the retailer (or subscription service), you have to pay the distributor, you have to pay the tech-aggregator in the middle, and so on. But what if the label partly owns the retailer, owns the distributor, who in turns owns the tech-aggregator? Suffice it to say, share holders are probably doing OK.

All the fuzz about the takedowns really boil down to this: can I as an artist / label make more money of my music if I take it off the streaming services? Many have determined that the answer to that question is yes. And so they opt out. There’s really nothing controversial about this. One could claim that labels and artists should take a moral interest in the future of their industry and support new tech initiatives. But the life cycle of an artist (or even a label) is simply not long enough for them to afford taking a beating for the good cause.

But in the end, it leads directly to the recurring streaming services argument that it’s either dimes from us or nothing from piracy. But the artist and labels cannot possibly know what a takedown would mean in terms of increased piracy, now that customers are accustomed to renting their music, rather than buying it.

This is the rationale for the artist:

Conclusion: I will revert to point A and hope that I will make 100 bucks again.

The predominant word here being “hope”. But with current data at hand, the hope seems worth exploring.