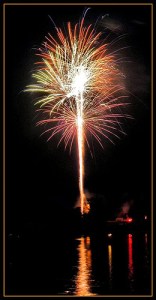 Everything you think you know is wrong…I know it sounds harsh – condescending even, well it’s not. At least it’s not meant to be. You see, I have no problem admitting that everything that I think I know is wrong too. It’s not a question of right and wrong, it’s not a question of “truth” – whatever that is. What we are talking about here is a mindset. I want you, and me, to say “now wait just a minute here…” whenever we find ourselves or anyone else blindly accepting anything as “true”.

If you have followed my line of reasoning in my posts here and agree on at least a few of my conclusions, then this should have consequences for how you think and act.

Let’s ruin it all and sum it up in a few catchy rules of thumb:

1. It’s extremely difficult to prove causality, i.e cause – effect relationships. When someone says with too high a level of confidence that A causes B – be careful, since it is so difficult to prove these relationships, chances are they are wrong. And what’s worse: they probably know it and try to force feed you their nonsense anyway. When things seem to have a causality, more often than not, what people are really talking about is correlation. Correlation can suggest causality, but only suggest. So, mistrust people who claim to know the truth. The evidence is in the language.

Look for words such as: “it seem as if”, “this suggests” etc. If they are included you should pay attention. If not, go play xbox.

Rule of thumb: When anyone says that something is true – it’s probably not.

2. We live in a system. We have ideas on how stuff works in this system, these ideas are theories, and they can be valid, but never true. Science does not deal with truth. These theories are often based on assumptions. Assumptions are stuff taken for granted without proof. There are always competing theories trying to explain the same thing.

3. Information is always processed. The further you are from the source, the more likely it is that something is distorted. Sometimes intentionally, sometimes by mistake. Examine all information and look for the source. Always ask yourself if the channel you are tuned in to has anything to gain by relaying the information.

Rule of thumb. Look for the source. Find the agenda.

4. Three very common concepts run through our system and we should be careful when they appear. There is a difference between “nature” and “civilization”. “Normal” is a statistical term dependent on the sample base. The concept of “Common Sense” means nothing, and in a worst case scenario it’s a useless simplification towards stupidity.

Rule of thumb: If a line of reasoning involves the concepts natural, normal or common sense, further debate is probably futile.

And so, the finish: What I’m promoting here is healthy skepticism. I’m not promoting cynicism. Cynicism is a terrible trait in a person, and even though I admit that I succumb to it a lot more than I should, I try very hard not to. Cynicism is unattractive. The whole purpose of healthy skepticism is to cut through all the soul sucking nonsense out there and find a path forward. We are the good guys. Our hearts are soft, but that does not mean that our brains should be. Quite the contrary, the more noble our purpose, the more our cause deserves that we step it up and play the game like a pro. Only then can we find that path forward. The one where hope and change is possible.

And cue violins, and…wait for it, wait for it: OK, on my mark, release the doves. On three. Ready…one, two…and release the doves. Zoom in on crying child. And lift the camera towards the starry sky. And….cut!
It’s a wrap.
Thank you everyone. Great work.
Anyone for drinks?
Anyone…?
Hello?

3 thoughts on “Everything you think you know is wrong, part VI – the grand final”