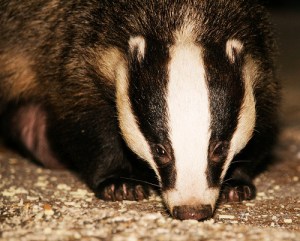 Mr. Badger, a part of nature.

It is not unusual to hear people make claims such as “it is not natural” or “it is not normal”. Often, they say this with reference to what we may call “alternative lifestyle” behaviors such as say, homosexuality or perhaps vegetarianism. Usually they take issue with these lifestyles. And so, with their sense of morality as motivator, they deem these practices as “not natural” and “not normal”. Usually they interchange these two concepts, mistakenly believing that they are the same thing. They are not.

Defenders of alternative lifestyles walk right into the trap and engage in debate based on the same strange distinctions; those of norm and nature. Let’s start with nature.

One admittedly simplistic way to start researching this problem is by dividing everything that we know into two categories.

Category One. In this box we put everything that would exist regardless of whether humans roamed our earth or not. Trees, for instance. And badgers. And then there’s air, rainbows, poo and minerals. This is nature.

Category Two. Here we put the things that only exist on the planet because humans have made them. Such as nations, politics, the stock market, law, golf, mime theater, and beer. These things made by men can be called civilization. Or culture.

Some things seem to fall in between. Such as religion. Man made or not? A matter of faith, and it is not for me to tell you where to position yourself. But in the interest of full disclosure, I will have to admit that I would put religion in category two. Mainly because I prefer to separate any notion of God from religion. This is a discussion for another day though.

The tricky part is that we can argue that it is in the nature of man to build civilizations (because our brains allow for this). With this argument, you can claim that everything that goes on in our civilization is also “natural”, natural as in “a part of nature”. A slippery slope, but well worth considering.

Anyways, here we are. Now let’s examine the motivator for the attack on alternative lifestyles: morality. Where would you put that little gem? Category One or Two? Man made or not? You are free to disagree with me (as I know a lot of religious people will) but I would claim that morality is man made. The idea of universal absolutes when it comes to right and wrong does not sit well with me. So, armed with (man made) moral indignation they lash out and say:

“You Sir, are not natural”. Here I suggest you respond like Katherine Hepburn did to Humphrey Bogart in the old movie African Queen.

“Nature, my good man, is what we are put in this world to rise above.”

Such a wonderful response! But is the essence of what Hepburn said true or not? You tell me…
The point I am struggling to get across is this: I have tried to demonstrate earlier that man is rather flawed. So, it would not be at all far fetched to say that civilization and culture, again: made by men, are inherently flawed as well for a very simple reason. They’re man made.

All things man made can be subject to change. That which is made by men can be changed by men. Law, politics, economics and morality. None of these man made entities should ever be allowed to manifest themselves as universal laws. Nothing in civilization and culture is carved in stone. We make progress. We change and improve. But the real implication of keeping this in mind is the realization that it doesn’t have to be this way. Change is possible.

Ok, so what is normal then?

Wikipedia, as always, can be of help here: We learn that “In behavior, normal refers to a lack of significant deviation from the average”. Therefore “not normal” would of course be a significant deviation from the average. These are statistical terms. And here’s the kicker: What the average will turn out to be depends on the sample base. For this reason normality can never be a constant. What is normal will depend on time, place and sample group. Now, normality is not a completely useless term, but almost. Especially if you’re convinced that “normal” equals “good”. During war time, killing people is normal. For a cannibal tribe, cannibalism is normal. For dogs, licking their own arse is normal. Normal doesn’t mean anything by itself.

So, what I am trying to say is that the life you lead, you lead inside a flawed man made system. A huge fu**ing game, for which you have not written the rules, but by which, seemingly, you must abide. This game involves players scurrying around pointing fingers, telling you that you are not “normal”, which really means nothing at all.

We are born into life, and we are born into civilization and culture. They are not the same. I’ve met my fair share of genuinely unhappy people, and it has often seemed to me that their failure to grasp this difference between life and civilization is the root cause of their unhappiness. I believe learning the difference means letting go of illusions (to borrow a phrase from buddhist teachings) and I believe that letting go of illusions will lead to a richer and happier life.

Or in other more mundane words: the whole deal is sort of crap so why ever would you let it get to you?