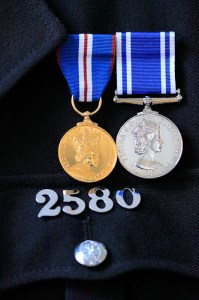 You’ve heard it before: If a tree falls in the forest and no one hears it does it make a sound? The boring answer is of course: “Uh, well..yeah”, but what the query is hinting at is the nature of reality. Apparently it was the Irish philosopher George Berkeley who posed the question. Berkeley’s dictum was “Esse est percipi” – “To be is to be perceived”. People say the strangest things when drunk. But what he meant, basically, was that things don’t exist if no one is there to perceive them. The depth of what he was saying goes deeper than what you might pick up at first glance. God and such lofty things are involved. But still.
Valuing the truth of the “To be is to be perceived” – statement is an exercise for another day though, preferably a lazy Sunday when there is no pressing real life stuff to manage. I’ve heard about such Sundays, but I’m not quite sure they exist. One might say that I have yet to be around to perceive one.

Another twist on the whole subject, is this:

“If you go on an expensive vacation and you don’t post the pictures on Facebook, did it really happen?”

As humans we wear our achievements and trophies like medals on our chest, and we hide our failures and disappointments out of sight, out of mind. This is only natural. Problem is, many fragile souls out there direct their nervous gaze at the people around them, thoroughly convinced that everyone else is leading better, happier, more successful lives. In my mind, comparing yourself to others is something to avoid most of the time, but hey, this is how we humans roll. All of us, and only the degree of how much we do this vary. This inclination we have to compare ourselves to others brings so much hurt to people that I believe it to be an area of focus in the school of Cognitive Behavioral Therapy. I think the advice given is something along the lines of “Don’t do it!”. Shrewd cookies, those CBT-people.

Social Networks are increasingly becoming our virtual chest, where we pin our shining medals. Sure, we had the early “Welcome to the Andersson Family Home Page”, with blink-tags and all, which appeared utterly uninteresting to everyone but the Anderssons. Then we moved along to the easier to manage CMS blogs (such as this one), where authors usually borrowed form and style from the diary. Still pretty uninteresting, if you’re not the audience. This is why many still say on the subject of blogs that they really don’t care how many latte’s you had with your friends. But blogs matured and moved on and most of us realized that a blog is just a publishing platform and you can put anything you want on your blog. High quality, or low. Personal or not. Suffice it to say, number of reports on consumed latte’s declined. You can still pick and choose of course and simply not visit blogs that don’t appeal to you.

But then there’s Facebook, where lots of people gather, people in your network, the very people you have an inclination to compare yourself to, and it’s like a huge collection of virtual chests for pinning medals. A place where everyone has the opportunity to promote the image of themselves, the image of being a successful and happy person. They can do this on Facebook, where they know they will be noticed.

How much of the pleasure of your actions, achievements, purchases and life in general is derived from telling people about it?

Where do you draw the line between “this is what I am up to” and bragging?

Who are you trying to convince – yourself or the world?

These are new territories. Who do you want to be?