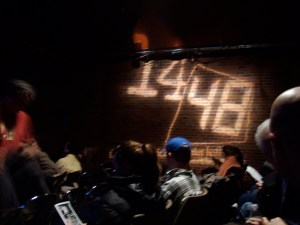 As subscribers to ”old media” newspapers plummet, the media powerhouses are looking for new sources of revenue. Increasingly, they are looking to sell stuff, usually stuff associated with the editorial content. With fully developed e-commerce solutions and a customer base counted in the hundreds of thousands, this makes perfect sense.  Swedish Internetworld calls this a ”clear trend” and mentions Schibsted owned ”Tasteline” as one example.

Facebook Co-founder Chris Hughes launched the heavily anticipated social network Jumo this week. Even if I am naturally a skeptic towards new online communities, this can be different. Making it extremely easy to be a good person is a good idea.

German Spotify look-alike Simfy has joined forces with Germany’s largest social network StudiVZ. The 16M users on StudiVZ  now has access to the free, ad-supported desktop app. The big question on my mind is why none of the big players in streaming has already taken this step towards Facebook.

SoundCloud continues to impress. The new feature: the ability to record sound direct via the site, and via it’s updated iPhone app.

Google Says Its E-Books Store Will Launch By Year-End

Google Editions will launch in the U.S. by the end of December and abroad during the first three months of 2011. Equipped with the first e-reader that ever felt convincing (the iPad, I never thought much of Kindle) I am soon ready to sell all my paper books, just as I did with my CD collection years ago.