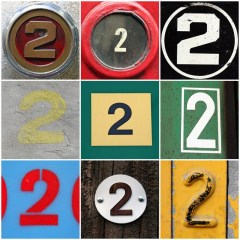 There is a new Facebook Music App in town. The slightly esoteric named app is called Moontoast, and promises that Facebook fans can listen, share and buy without leaving the site. Moontoast intend to survive by charging content owners 15% of the transaction.

This reminds me of the RootMusic Facebook bandpages, with the difference that Rootmusic has integrated with third party retailers, and as far as I know, handles no transactions themselves. It seems Moontoast makes it a little easier. The business model of Rootmusic is to convert free users to “Bandpage Plus”. Here the company bets on that people want to pay for the option to customise their bandpage. It’s interesting to see how the various players in this rather narrow field place their bets.

This week Sony launched their music streaming service – Qriocity (available in selected countries only).  The catalog is about 6 million songs wide, and all music can be streamed across Sony’s Internet-connected devices like the PlayStation 3, personal computers and so on. The service can also be synchronized with a user’s existing music files, including iTunes. Interestingly, Sony has this to say:

“We realised that if we were playing catch up with the same (iTunes) model, it would be difficult to appeal to users”.

Instead, the good people of Sony went ahead and built a Rdio, Spotify, Grooveshark, Pandora(etc, etc) sort of thing. On the subject of playing catch up.

SoundCloud has integrated with Audible Magic for “digital media identification and copyright tracking” purposes. This technology will be used to “help identify the ownership rights of artists, record labels, and other music copyright owners”.

I can sure see why Soundcloud would do this. But remember, a huge portion of the Soundcloud userbase is deeply immersed in the re-mix culture. I wonder how this will effect customer acquisition.

SoundCloud has raised new funding of $10 Million. The fresh cash will be used to establish the Soundcloud US presence. Ooh, I wonder if I should make something of the fact that the news of Soundcloud integration with Content ID technology and “establishing US presence” comes the very same week. What do you think?

Well of course they did.

More than half of MySpace’s staff has been let go and MySpace is now for a sale. All Things Digital suggests private equity firms are the most likely buyers, also suggesting that Yahoo may be interested. I guess it would be fun if Yahoo bought MySpace. It would sure extend the guilty pleasure of watching someone fail miserably. Only one player can screw MySpace up more than NewsCorp, and that player is Yahoo.

Spotify is now available for Shazam’s premium Apps on iPhone, iPod touch and Android. This means that after the users identify a song using Shazam, they can access the song on Spotify with a tap of a button. Pretty neat, and well done Spotify.

Only 2 Percent of Japan’s Web Users are on Facebook

Only 2 percent of Japan’s online population uses Facebook in comparison with the 60 percent of Internet users in the U.S. who log on, according to Socialbakers. That is pretty interesting, and an eye opener at least for me. Follow the link and learn more.