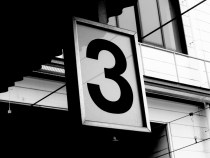 Spotify has finally signed with Sony for a U.S. distribution deal. According to rumours, the terms for the U.S. Service is the same as the one Spotify offers in Europe, which is a bit of a surprise.

This is good news for Spotify and I hope this can prove all doubters across the pond wrong.

Spotify truly is a great service for almost everyone in the value chain, and when the great global success comes, surely Spotify will make sure to finally fairly compensate all the artists on whose work they so clearly depend?

we7 Makes First Move Out of UK, Enters Ireland

UK music streaming service we7 launched in Ireland this week. Users will be able to create personal radio stations and request songs for free. As well, for €4.99 a month, they will gain access to on-demand streams and lose the advertizing. For €9.99, their music can be accessed on iPhone and Android devices.

“We’re delighted to be making our international debut in Ireland today and are looking forward to a busy few months as we prepare for further expansion across Europe. It’s an exciting time for we7, following the launch of Personal Radio Plus so we are setting our sights high for similar success throughout 2011.”, says we7’s CEO Steve Purdham

No surprise there. But note that this piece of news arrive a week after the Sony release of similar service qriocity.

I don’t believe in this model either. For the same reason. Locking people into hardware will fail.

Fair Trade Music is a new site that encourages fans to donate money to artists, whom get to keep 100% of the money.
Fair Trade Music does nothing that we haven’t seen before, writes a sceptic at Hypebot. I agree. Lovely idea though.

The death of MySpace the birth of…?

Where will musicians go if (when) MySpace’s dies, asks Paidcontent. The answer they provide: Facebook probably, but not as it stands today, since Facebook lacks the focus on music that artists demand. Instead Paidcontent suggests The Sixty One, Sellaband, Bandcamp, Pledge Music, Tunecore and last.fm. But adds:

“none of those sites have the userbase of a MySpace or a Facebook. And there’s a question as to whether there are simply too many of them”.

“there’s surely opportunity for a service that can reduce that fragmentation”.

“Crowdbands is a crowd sourcing platform that lets fans vote on a variety of band decisions — from album titles to tour dates to collaborations. Fans can sign up for Crowdbands — it costs $25 per year — and thereby become involved in the decision-making processes of a variety of bands”.

Roostie is a new artist portal that will only feature 3,000 hand-picked acts. Artists will be chosen by the number of Facebook “Likes” they can garner. Right now, Roostie makes money by selling ad space.

“Amazon has confirmed that it’s buying the 58 percent of Lovefilm it doesn’t already own. Lovefilm has 1.25 million subscribers, and its biggest channel is still DVD. Lovefilm operates in the UK, Germany, Sweden, Norway and Denmark”

“New music site Disrupt.fm figure that a Facebook share is equal to the price of a song when you factor in the social benefits. The average user has 130 friends. So, they say, why not give fans a way to download your new song for free at the price of sharing it with their friends? If the song is good enough for them to want to download it. Surely, it’s something that they would share with their friends too.”