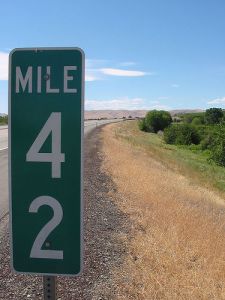 So I decided I might as well post a digest of my weekly info gathering here for your enjoyment. In a “real time” world, I do realize that when others post links daily, a weekly digest can seem slow and tired. Thing is, this is all that time permits right now. Focus, at least in the beginning, will be on the digital media scene and surrounding interests. I do hope to expand this section further down the road, if I can get back from the pub in time. Right. Here goes:

Crowdculture.se is a new Swedish Crowdfunding platform initiated by Fabel Kommunikation and the Swedish Institute of Computer Science. Truly a great initiative, and it will be vey interesting to see how this unfolds. Perhaps the service could use the loving touch of a good designer, the GUI feels like a trip to the dentist. This notwithstanding, a huge leap in the right direction.

Willingness to pay largest for music and audiobooks

Seven out of ten Swedes claim to be willing to pay for online content, reports IRM (Institutet för Reklam- och Mediestatistik). IRM values the market to 68 MSEK, and the willingness to pay is largest when it comes to music and audiobooks, which constitutes 68 percent of the market. About 48 percent says that they would be wiling to pay for access to “written content” (i.e text). IRM surveyed 1300 Swedes. No word on demographics was revealed, which is disappointing, as I expect this to be very much an age related issue.

Hard working and forward thinking Topspin now offers the “new” mp3HD format for downloads. The quality of the audio is much increased, and while the file size is arguably larger than a normal mp3, it is still a lot smaller than a FLAC-file.

Two great services join forces as music crowdfunding service PledgeMusic has partnered with gigfinder-service Sonicbids. Artists can now view their fan-funding campaign directly within their Sonicbids dashboard, giving them the ability to find gigs and create and manage a funding campaign in the same place. As I spotted Pledge Music’s Benji Rogers in private talks with Yancey Strickler of Kickstarter in the hotel bar of the Reykjavik Hilton recently, perhaps we can hope for some sort of partnership between Kickstarter and Pledgemusic as well? That would mean three great services in collaboration.

For a flat fee, SoundCloud users can now import their music from the online audio platform to TuneCore for distribution to iTunes, Amazon MP3, Spotify and many others. All SoundCloud users have to do is log into TuneCore, connect their account, and choose which tracks they’d like to be distributed. Pretty neat and well done SoundCloud!

7digital held an event in London to talk about the future. What these guys are up to reads like a “what to do” for any music startup – even though the focus seem to be perhaps a tad too tech-oriented. 7Digital announced several new partnerships, among these we can count Samsung, Toshiba and O2. They also introduced new products such as new apps for Android and iPhone, a HTML5-based web store and a new cloud based player.

Video publishing platform Ooyala launched a new product this week, called Ooyala Paywall. It is basically a video platform featuring a paywall (powered by PayPal), directly integrated in the player. The service allows publishers to “set a free preview duration before the paywall appears to give viewers a taste of content, set the price per view, set the rental period and set the number of times a view can watch a video after the payment is made.”
With the rise of PayPal as one of the biggest players out there, and with the PSP integrated directly in the player, this could be an interesting experiment to follow with regards to the “willingness to pay” when it comes to online video.

Artist to fan is the most profitable solution for artists

Musicians can make more money selling their music directly to fans online versus selling their music through online retailers like iTunes or Amazon. We all sort of knew this, but David Rose did the math, and his conclusion reads:
The contribution margin of direct eCommerce sales in all three product lines (individual track download, full album download and CD sales) is superior to the contribution margins of retail eCommerce sales by at least 10%.

ReverbNation has acquired Sound Around, an application developer focused on creating custom mobile apps for musicians. This will let the already all too cluttered ReverbNation platform to clutter things up a bit more. It will be interesting to watch what comes of of this, but if no one cleans up the ReverbNation toolbox, I fear for the future.

The Google Music Service that aims to help users from India search for legal alternatives and in this manner fight digital piracy, is now available at Google.co.in/music.
Apparently, users can “search for and instantly listen to thousands of full songs, which are delivered by Google’s partners in India.”