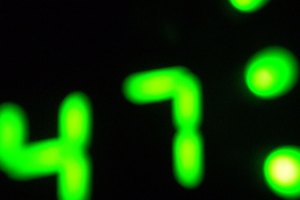 Spotify has published their 2009 financial accounts. The result is a loss after taxation of €19,5 million. This is interesting. But we must keep in mind that much water flows under a start up bridge during a year. Spotify has received more funding, the conversion rates are not half bad. My only concern is that they keep insisting that they’ll make the USA launch date. I doubt that they will, but hope to be proven wrong. I fear that even if they do make it, at whatever time, the terms from the big labels will be most unfavorable.

Not such a long tail for we7 users

Hypebot did an interview with we7’s Steve Purdham. Mr. Purdham described the listening patterns of the we7 users. “We have 6.5 million songs in the music catalogue. Last week and consistent with all previous weeks, 52% of music listened to on we7 came from 100 artists, and only 22% of tracks in our catalogue get touched each month. If a music track, artist, or album is not in the public consciousness, it does exist, so people don’t search for it – hence no long tail.” This is an interesting observation, and one has to wonder why this is. It would be extremely interesting to see if this pattern holds true on other services as well, and if so, what does it mean? This is also what led we7 to introduce their radio version. Very soon after the radio release we7found that almost 83% of their 3 million monthly UK users had shifted to the hybrid Radio/Jukebox listening.

Mr. Purdham also said the following, which rings very true in my eears:

”Digital downloads is separate altogether. I am really a technologist, I build Internet companies, so the eventual slow down and eventual demise of downloads has always been on the cards almost since they first started. Downloads were a technology that circumnavigated the technical issues of the time such as bandwidth, devices, internet enabled and other things. Don’t get me wrong there is still a lot of money in downloads for the industry to be had but they should not be surprised at the eventual shift away from them”.

It appears that Google Music will not launch in time for christmas. The major roadblock is (surprise!) label resistance.

”Music collaboration platform Indaba Music has just launched an “Opportunities Marketplace” for band folk in need. Indaba, which has been referred to as a “LinkedIn of music,” boasts more than 500,000 musicians, provides musically inclined folks with a place to build a profile, promote their tunes and collaborate with other musicians from around the world”.

Interesting. But do we need yet another community?

Badgeville Investors Now Betting $2.5 Million That You’ll Want To Check In To Websites

”Publishers who use Badgeville can set up an account, offer defined rewards and track visitor behavior with realtime analytics. Badgeville works for any company that has a community on its site: Anyone from gaming to education, to retail and more can use the service to reward people for checking into a site, taking tests or simply browsing through products. Virtually anything can correspond to a badge reward”.

The achievement badge trend marches on. This flirt with game dynamics (although strictly speaking it’s not game dynamics at all) really needs to move on to the next level. And soon. The world of game dynamics is such an interesting field, filled with such interesting and bright people that I know the next iteration is just around the corner.

One thought on “Stuff that I found interesting week 47”