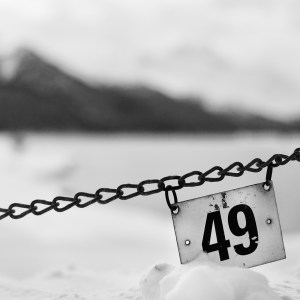 There has been a lot of Spotify in the news this week. Naxos, one of the largest labels in the world in the field of classical music, and ECM – also a big player in the classical genre, as well as in jazz – both threaten to pull their catalogues from Spotify. Håkan Lagerkvist, CEO of Naxos Sweden told ”Nya Affärer” that sales of full length albums are down because of Spotify, and at the same time the money rolling in from Spotify does not make up for the loss of full length album sales. According to Lagerkvist, many other labels working the classical genre feel the same. Not surprisingly, Spotify says that they have saved the music industry from piracy, and that they are now the single largest source of revenue for the labels.  Observers note that the deal breaking idea behind Spotify is that ”everything” can be found on the service. If this is compromised, the Spotify magic would quickly disappear.

Meanwhile, the rumored, much anticipated and very questioned Spotify USA launch make new headlines. This time the story is an admission from the Spotify management that there will NOT be a Spotify USA launch before years end. We all sort of knew this already. The reason is, as always, the big labels. The majors and Spotify cannot agree on the terms, and this is probably due to the fact that in Europe the labels were convinced by way of shares in Spotify. The question has been raised: how can Rdio, which is quite similar to Spotify, score these deals with the majors in the US, when Spotify cannot? CEO Daniel Ek told the Washington Post that they will launch in the US, but that he does not know when at this point.

On a related note, Director of the Facebook Developer platform Ethan Beard was asked whether there will ever be a “Zynga of music” i.e. a company that leverages social in order to disrupt the music space. Ethan Beard said that Facebook is in fact in the music business and that:

“Spotify is Facebook Music,” Beard said, revealing that when Spotify integrated social features into its own site, traffic increased 4 times. Facebook is now the Spotify’s number one referrer of traffic.

Google publicly promised an ambitious music service including subscriptions and a cloud music locker months ago, but talks with the labels appear to have stalled. Google Vice President Andy Rubin says the company isn’t about to give up, though they aren’t interested in just creating another iTunes.

“We could build that 10 times over but iTunes is just not the right experience.”, Said Rubin.

Google officially unveiled the long-anticipated Chrome Web Store at its big Chrome event this week. The Web Store is like the App Store, but for the Chrome browser. The apps work both in the Chrome web browser and in Google’s upcoming Chrome OS.  The store is currently available in the US. Interestingly, online music services are quick to see an opportunity here . Evolfer.fm‘s Eliot Van Buskirk explains why:

”In addition to installing music apps on your smartphone and tablet, you’ll also be able to install them on your Chrome browser (multiple operating systems), netbook, and, to an extent, competing browsers.”

This means music services can charge via Google’s Chrome Web Store much like in the iTunes App Store and Android Marketplace.

MySpace CEO Mike Jones made an appearance at the LeWeb conference in Paris this week. “I don’t wanna be the place that replaces iTunes. I wanna be the place where you learn about music and then take that to wherever your music consumption happens.”, said Jones. Well, I’m sorry MySpace. You are not getting that right either.