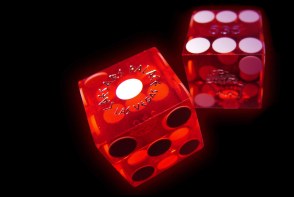 Apple introduced their new in-app subscription service this week, which have caused a lot of commotion in the industry. Basically, Apple says that if you want to charge users for subscriptions using the in-app service, you will have to give Apple a 30% cut. Apple still allows for developers to sign up users from outside the the Apple ecosystem, but the end user price must be the same as in the App.

What this means is that services such as Spotify, MOG or Rdio must either suffer a 30% cut of their profit margins, or raise prices. As pointed out by observers, mobile subscriptions is already quite expensive for these services, as labels charge higher fees for mobile streaming versus desktop streaming. This means that business models that are already struggling now has an even steeper mountain to climb.

And if, as analyst Antony Bruno observes, this is one step towards an Apple streaming service, Apple just made it harder for any competition, as Apple would benefit if the competition grows their userbase, and benefit if Apple manages to steal market shares with any new service they might have plans for.

The bullet list Bruno made of the big Apple win-win-win is worth repeating:

– If music piracy contines to thrive, Apple wins; it sells the iPod.
– If fans buy music legally, Apple wins; it controls 66% of the market.
– If cloud music takes off, Apple wins; it takes 30% of their rival’s profits.
– If Apple starts a subscription service, it wins; the company can position its moblie app as being cheapest and most integrated one in the market.

Rhapsody said this about the development:

“An Apple-imposed arrangement that requires us to pay 30 percent of our revenue to Apple, in addition to content fees that we pay to the music labels, publishers and artists, is economically untenable,”

“The bottom line is we would not be able to offer our service through the iTunes store if subjected to Apple’s 30 percent monthly fee vs. a typical 2.5 percent credit card fee.”

“We will be collaborating with our market peers in determining an appropriate legal and business response to this latest development.”

That last remark is most intriguing. Do you think that services like Rhapsody have a potential legal case against Apple?

In an obvious move against Apple’s announcement that it will take 30 percent of any sale of subscription apps through its online store, Google announced yesterday that it was launching its One Pass content subscription and management system for online publishers (which includes mobile apps), reports Music Ally.

Google One Pass is powered by Google Checkout and Google will keep only 10 percent of each sale, which is arguably a better deal than Apple’s.

How this clash of the giants will pan out is anybody’s guess. But when it comes to music services the fact is that even if the Google deal is cheaper, one has to wonder what music service can afford to drop the entire iphone market.

Apple bets that no one can, and no one will.

The Norwegian streaming service WiMP, owned by Scandinavian Aspiro has been released in a closed Swedish beta version. The service was previously only available in Norway and Denmark. It is obviously labeled a “Spotify challenger” by the media, and for good reason. The service does pretty much the same thing, and is available via your smartphone or via your desktop. The application needs to be downloaded (it’s built on the Adobe AIR platform) and works pretty much as you would expect.

With another streaming service to choose from, the big question is how they will compete. Content, Price or User Experience.

This comment from Sony Music’s Jacob Herbst could be a clue: Herbst said he welcomes the launch and that

“with its clear profile focusing on editorial content, WiMP will be an interesting complement to the services already available on the market”.

And sure enough, in the beta version of WiMP there’s a focus on playlists and featured local content handpicked by the staff. And when it comes to price, we know that WiMP will cost 99 SEK per month in Sweden, and that it launches with a free 60-day trial.

All in all an interesting product, but if the USP is editorial content in this brave new world where users tend to reject other content filtering than that from their peers, I wonder if WiMP has placed their bets on a sound strategy.

Physical CD’s still going strong in the US

Fascinating statistics came out of the New Music Seminar in LA this week, reports Digital Music News. The stats revealed that in 2010 74 percent of all US-based albums sales came from CD’s. In this proclaimed digital era, those numbers just doesn’t sound right. But it gets even more fascinating. For certain genres, the numbers are even higher.

84 percent of Country, 85 percent of Gospel, and a whopping 93 percent of Latin album sales came from physical CD’s.

For me this is another eye opener to just how mindless we are of the great diversity that exist out there. Internet may be global, but how we use it and why seems to vary a lot. Friends and colleagues who returned from this years rendition of Midem reported that no one they talked to (all industry people mind you) gave much of a hoot about Spotify or any other streaming service, and here’s a report that says that people in the US still buy CD’s. And as I wrote about in an earlier post, only 2 percent of the Japanese are on Facebook.

How little we know about the real world.

Sonicbids brokered an app inclusion deal with Songtrust this week. This means that Songtrust’s publishing services will be integrated as an app option within Sonicbids artist accounts.  In the words of  digitalmusicnews, Songtrust offers “a range of DIY-focused song registration, royalty collection, and related self-publishing services”.

“Songtrust complements the array of online promotion, fundraising, and digital distribution tools available on Sonicbids to empower the next generation of emerging artists.”

Just weeks ago Sonicbids launched their Facebook app, and they are now right up there with SoundCloud on my list of music startups getting it right.

I had the pleasure of briefly meeting the very likeable Mr. Panay in Reykjavik during the You are in Control conference of 2009 and my feeling is that success is well deserved.

Topspin opens up to the masses

Topspin CEO Ian Rogers announced this week that their direct to fan platform will open to all musicians in March, reports Hypebot. During the last 18 months, Topspin has been invite only.

Topspin will charge users $9.99 per month plus 15 percent of sales and their value offer is a large range of tools for online marketing and retail.

Topspin has explicitly positioned itself as a “high end” service, with the ambition of being the “Pro Tools” of marketing and retail, rather than the “Garage Band”.

For those of you who are not fluent in music production tools – Pro Tools is a lot more complex and has a much steeper learning curve than the easy to use Garage Band. It is of course also much more powerful.

Anyone who has had a look at the Topspin interface can testify that the simile hits the mark.

Interesting stats were found in the ComScore 2010 Digital Year in Review report. Among other things, the report investigated how people in the US are using their mobile phones.  Perhaps surprisingly from a Scandinavian perspective, it turns out that music listening isn’t something that the good people of US value on their mobile devices. Only 16 percent of the people surveyed use their mobile devices to listen to music. If they did listen to music, they did it whilst performing other tasks with their phones.

Hypebot’s Kyle Belin suggests that as “music continues its march to the background of people’s lives, it also moves to the back of their wallets”.

And that, my friends, is an appalling vista. Or it’s just like radio.  You tell me.

Hypebot reports that Spotify has signed a U.S. distribution deal with EMI Music. As you know, Spotify closed a deal with Sony earlier this year. Universal, the biggest fish in the pond, is not yet onboard, and observers note that all majors must be onboard in order for Spotify to open its doors to the US public.

The road towards US domination is not only blocked by the majors, mind you. With the new Apple App rules, and the study you read earlier that shows that people in the US aren’t that keen on music in their mobiles, (and keep in mind that many of Spotify’s European customers that have been converted to the paying kind, is paying for exactly that – Spotify on their smartphone) put together with the fact that Spotify’s success is measured by the conversion rate from free to paid –  one cannot help but worry for the future.

2 thoughts on “Stuff that I found interesting week 7”