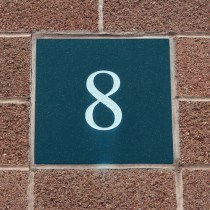 Reports and rumours of Spotify’s recent fundraising endeavours have circled the Internet this week. Word is that Spotify is raising over 100 million USD. The deal is led by Russian venture firm DST, who has previous investments in Facebook, Groupon and Zynga. Over at Digital Music News they feel that the deal is “’dumb money defined” and that this is proof that we are indeed entering into another IT bubble. PaidContent quotes Sky News’ Mark Klenman who believes this signals…

“…investor confidence that Spotify will launch in the U.S. some time soon”

and he adds that

“Bubble 2.0 has certainly pulled in to the station”.

To back this up, he does the math:

”Now that Spotify has over 750,000 paid subs amongst over 10 million users, let’s guess that 2010 revenue, so far unfiled, would have approached £50 million. That still leaves a gap of many multiples until Spotify is a $1 billion business.”

Meanwhile reports come in that Spotify is close to a UMG deal – if this is true, Spotify is but a “a few weeks away” from the deal that makes a US launch possible.

Claes Olson, editor at Swedish “Musikindustrin” did a quick interview with Aspiro head of information Kristin Castillo Eldnes on the subject of the WiMP launch in Sweden. The answers provided confirmed the focus on editorial content. The translation from Swedish is mine.

“WiMP is a music service that really puts the music in the centre of things. We want to help our users navigate the millions of songs that are available through WiMP streaming. Our editorial staff provides everything from news to recommendations and playlists, and keeps you updated on the latest developments”, says Kristin Castillo Eldnes. She adds: “Furthermore, we want to be the best when it comes to Scandinavian music and the Swedish editors will closely follow what happens in Sweden”.

So there we have it. Focus on music discovery by way of editorial picks and recommendations with a local perspective.

On the subject of Spotify and competition, Kristin Castillo Eldnes takes to usual follower approach and claims to be happy that Spotify has opened up the market for streaming services.

It will be very interesting to see how this pans out, especially from a positioning perspective. Perhaps the WiMP strategy is to cater to a different segment. Something in my gut tells me that WiMP wants to recruit the broader radio station audience and leave the hipster power users to Spotify. That would give WiMP a broader mass market appeal. So if Spotify is the coolest bar in town that only people who work in media and entertainment dares to visit, WiMP wants to be that snug place on the corner where a beer is just a beer.

In any case, taking on Spotify is a bold venture, especially considering the strength of the brand and the new insane Spotify valuation of 1 billion USD.

Subscription Revenues Declining In the US

Midst all these streaming festivities, the stats that Digital Music News found from the RIAA are of particular interest. The numbers show that revenue coming on from subscription services actually declined in 2008 and 2009 after a 2007 peak. In the words of Digital Music News:

Musically reports that Deezer places their bets on the legal card, in a statement they say:

“We’ve spent years building this, and invested millions. It’s not clear to me why they deserve a bigger piece of my business than I get. It doesn’t feel right at all.”

And in an interview with PaidContent, Rdio CEO Drew Larner says that

“From a financial standpoint, that fee is certainly untenable for us, that’s obvious. If it creates a situation where it’s not financially possible for us to be in the environment, that’s a loss for consumers and I don’t think that’s a good thing. We’re still evaluating what the policy looks like and the ins and outs.”

Hypebot reports that startup ReDigi will be opening “the world’s first online marketplace to legally recycle, buy and sell, used digital music files”. On the ReDigi Marketplace, music “owners” can “manage their music libraries by selling their unwanted digital music, or purchasing the music they do want, at drastically discounted prices”.

But this can’t possibly be legal. Can it? Apparently ReDigi believes it can be:

“There are many layers that go into ReDigi that make it work, legal and technical being just a few. Our team figured out what could be done to legally ensure that consumers regain the freedom to manage their own personal music collections.”

But what about the rightsholders? Well, ReDigi says they will be “granting a portion of each sale to artists and record labels each and every time a track resells.”

Well that’s nice. I wonder if anyone will make copies of their music before they decide to sell it? This is clearly one of those rare occasions in life where you can actually have your cake AND eat it. Sorry ReDigi, I don’t get it. Things that can be duplicated at no cost without effort doesn’t really have a value as “used”. Does it?

Why Topspin does a U-turn

Paul Resnikoff over at Digital Music News provides an elegant analysis of Topspin’s latest move to appeal to the crowd. I suggest you read it in whole. The conclusion is as spot on as it is well written.

“…but that’s not why investors get involved. They want scale, big multiples, millions of users. Or more importantly, they want to flip something hot. But Bandcamp’s the one burning hot, FanBridge is drawing the funding, and ReverbNation’s got the population.  Ultimately, these may not be great models, but there’s just so much euphoria surrounding DIY!  But not Topspin’s upper-crust version of DIY, rather the blue-sky version that enables bands to become famous, leapfrog the labels, and support themselves many times over – all by themselves.  You know, the digital dream.  Well, it’s a dream that Topspin’s now chasing as well. Just like everyone else”.