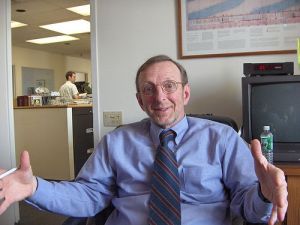 The online revolution, if we must sound pompous and call it that, has brought about a lot of good. Great new values have been underlined and emphasized. Values such as openness, collaboration, sharing, and transparency. This has manifested itself in various ways such as Google’s much heckled dont be evil-motto, the Wikipedia assumption of good faith and of course the massive crowd sourced collaborative effort of the Wikipedians. This attitude is also seen in the open innovation trend that allows for R&D departments to crowd source product development. There are several more examples.

It is of course wrong to call these underlying values new, the values and our appreciation of them have always been there, but the Internet has introduced one big shift: Theres now a penalty to pay if you don’t get on the train, and a huge benefit to reap if you do.

So for these reasons we see various attempts, successful and otherwise, to use social media channels such as Facebook, Twitter and company feedback forums and blogs to integrate with customers. This is all great, and it benefits us, the customers in a big way. Companies will be forced to accommodate to the new era. Customers will demand it. Comply, or we will take our business elsewhere. The companies that get this sooner, rather than later, will make money on increased market shares.

It is truly exciting times and I’m all for it. No one knows how far we can take it. It’s still early days and hopefully, this era of change in which we find ourselves will not be too easily thwarted and reduced to stagnation.

So. Lovely. Its great. And we all have a warm feeling in our tummies. But please make no mistake: the wanted outcome is still profit. The end game is still to make as much money for the share holders as possible. They want return on their investment. This means that companies are engaging in social media activities, embracing the good Internet as a kind of competitive edge, for they believe it to be the future. They believe it will make them rich. And I believe them right. But the tricky part is that all this fluff makes people forget that the end game is exactly the same as before.

Many other things remain the same. The companies will comply with the good Internet values as much as they can afford. They will be as transparent as they can afford. But they will still try their damnedest to hide what they do not want you to see.

Sum up: The end game of the ”good Internet” is higher profits. Not niceness. The development in these areas represents a wonderful turn of events for us all. We are all beneficiaries. But the motif is never niceness. So please use caution. The motif is, as always, profit.

4 thoughts on “The Rules change – the Game stays the same, part I”