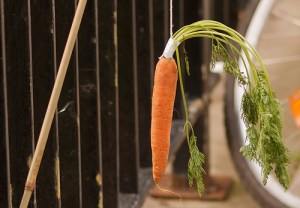 In an earlier post I talked about how “the good Internet” makes us all better off, but tried to remind you all that the end game for the companies remain the same: higher profits. Don’t be fooled. It’s not niceness. And that’s fine, just keep this in mind OK?

We can spot the same misconception with regards to the various trends in how to organize work, projects and operations, and how to lead people. The trend is most certainly towards a higher degree of freedom and self organizing. It’s less strict. It’s more fun. We’re moving away from the factory and cubicle, into creative labs. I think it’s the right way to go under most circumstances.
But the end game is, very much like the end game of the “good Internet” described earlier, to produce better results. No one would suggest that we should let people play around at work, or work from coffee shops or from the couch if we did not think that the outcome (however we choose to measure this outcome) would improve. No one is doing this out of niceness. It’s really just another variation of the old “carrot or the stick” metaphor. Both methods are used to produce wanted outcome. Choose your poison.

I was at a job interview once where there was a lot of fluff (fluff is my term of choice for very loose approaches to leadership or management). They thought of me as a “doer” and well, I try not to fly in the face of public opinion. They pointed out that they work in such and such a way and expressed concerns that I would not fit into a system of that nature (a fluffy system) because I described in my application that I have a “zero tolerance for nonsense”, and that I insist on eliminating nonsense to ensure a healthy process. They obviously thought this meant that I was a grumpy suit who wouldn’t let people have any fun whilst working. What I meant to say was of course that I expect people to act as professionals in their line of work.

With regards to this inquiry about how I would fit in at their workplace with my insistence on a professional approach, I pointed out to the good people that the end game is the same. They too must of course be very interested in an approach that produces the best possible end results. If they think that their results will improve by them holding hands and talking about their feelings, well by all means go ahead. But you need to know why your follow this strategy. The reason must be that you believe that it will create a better output. If you are not interested in getting the job done in an intelligent way, you’ll end up getting a heart attack from the stress resulting from accumulated work. Not to mention the frustration, the arguments, the finger pointing, the bad mouthing, the time spent in useless meetings going nowhere, the constant rework. But at least you all got the opportunity to ventilate how you feel about the whole mess. Fun, fun, fun.

I didn’t get the job by the way. They said I was overqualified. The real reason, I think, was because I must have come across as an arrogant jerk. And oh how I can be. Especially when I try too hard, but you see I do feel strongly about these things. The proof is in the pudding: Just consider what I’d liked to have said to the person suggesting that I am a mismatch to their fluffy M.O.

– Listen friend. You work like this because you believe it to be the best modus operandi under your circumstances. If you did not honestly believe that, I would feel compelled to call you incompetent. If you work in this fluffy way because you think it sounds like a lot of fun, but you don’t really think it’s the best way to roll, i.e: producing the best end result, well then you’re obviously letting someone down somewhere in the value chain. That’s not leadership. That’s someone who has risen to their level of incompetence.

I did not say that. I’m a polite young man. But they could probably sense that it was on my mind. Funny thing is, I do believe that their M.O was the right way to go under their circumstances, albeit somewhat fluffy. Difference is; I know why.

So, with a bit of digression we end up here: The end game of fluffy leadership and management methods is to achieve goals either faster, cheaper or with higher quality (insert your own definition of high quality here). It’s not niceness. Please don’t confuse the two or you and your team will end up without a job faster than you can recite the words to Kum ba yah.