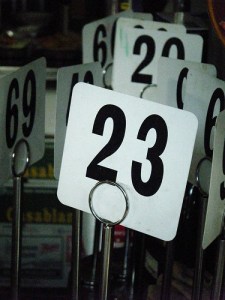 The big thing this week was of course the Apple WWDC and the official unveiling of the iCloud. Examined from a macro perspective it seems clear that Apple tries hard to stay true to the user centric approach that have made Apple what it is today. “It just works”, said Jobs repeatedly during the presentation – and it seems like Apple are whipping the competition with the rather obvious trick of hiding unnecessary complexity all across the line. With every aspect of the Apple iCloud, from the GUI to the communication to the very way users are expected to think about whats going on – the mantra is “it just works”.

Apple of course understand that regular users don’t give a hoot about the cloud, but might be keen to enjoy the benefits of cloud based computing – what ever those benefits may be expressed in “perceived value”. There’s a world of difference. Why this is so hard for other players to grasp is beyond me. The old “sell benefits – not features” rule of marketing and copywriting simply cannot be news to Google and Amazon. But still – Apple just seem to do it better.

From our digital music perspective, the biggest story here is iTunes Match. Basically, iTunes will scan your hard drive for the music you have stored there, and then make that music available to you across iOS devices. Should there be music on your drive that doesn’t already exist on the Apple servers (currently 18 million songs), that music can be uploaded. This means that if you have gone and downloaded music illegally, you can still enjoy the access. The music is not streamed per se, as in “Spotify Stream”, but rather downloaded to your device. The consumer price for this magic is $24.99 per year – and Apple had to pay the labels a hefty advance to make it happen (some say $150 million) – and on top of this labels get 58% of the $24.99 annual fee, and publishers get 12%.

Amazon and Google are now more or less forced to get those licensing deals in place in order to offer a similar “match” service.

Billboard did the math on how much the Amazon Lady Gaga campaign cost. As you know, Amazon offered the new Lady Gaga album “Born this way” for a mere $0.99 during a two day campaign to raise awareness and business to their Cloud Player service. If Amazon pays Universal the standard price (which sources say is the case), the cost for Amazon would be about $7 per unit sold. As Amazon managed to sell 430 000 units during these two days, the total cost of the campaign is calculated by billboard to be about $3.2 million.

Value for marketing money? Well, the Amazon service did go down during the campaign, causing people to swear to never shop at Amazon again. And then Apple went ahead and launched iCloud and people quickly forgot about the hollow Amazon victory of being first in the music cloud game.