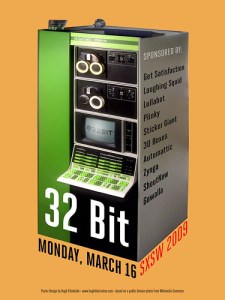 The world of digtal music is not exactly moving at break neck speed right now. Thank god then for Spotify – a company that always manages to stir up feelings and get into all sorts of amusing trouble.

First of all, the good news: True to their style, Spotify executed a flawless marketing campaign and quickly reached 1.4 million US users – 175,000 of which are paying subscribers.  This means a conversion rate of 12.5% for the first four weeks, which is impressive.

Strategically, Spotify chose to play the invitations game. Needless to say, this strategy is usually deployed in order to create buzz and exclusivity – making the scarcity of the invites and the access to the service build up expectations. As such, the intent of the strategy is not to attract massive amounts of users, but massive amounts of interest. Apparently, the strategy delivered both this time, leaving their competitors Rdio, MOG and Rhapsody with reason to worry. And they have been in the states for years (sort of).

Still, Spotify did set up a very ambitions goal of reaching 50 million users within its first year in the states, at least according to marketing material leaked to AllThingsD in July. This may or may not have something to do with the investment round preceding the US launch, the result of which is that the current Spotify valuation now reaches $1.1 Billion, according to  PaidContent.

Spotify also went and got slapped with their first law suit for patent infringement – which is nothing but silly of course. They also received some bad press for using a malicious cookie.

But then label group Century Media announced in a statement that they are pulling all content from Spotify. The reason: to “protect the interests of its artists”.  The general objection is that the money coming in from Spotify is so minute for the individual artist that the service is effectively killing the industry, not helping it.

In the words of Century Media:

“Physical sales are dropping drastically in all countries where Spotify is active. Artists are depending on their income from selling music and it is our job to support them to do so. Since the artists need to sell their music to continue their creativity, Spotify is a problem for them. This is about survival, nothing less, and it is time that fans and consumers realize that for artists it is essential to sell music to keep their heads above water. […]

“Obviously, it is ultimately up to the music fan and consumer how they access their music, whether it is buying, streaming or stealing. There needs to be awareness, though, that how you will consume your music has direct consequences for the artists, who we are all trying to support.”

And then Spotify responded as they usually do: it’s either dimes from Spotify or nothing at all from piracy:

“We are sorry that Century Media have opted not to offer its music to their fans through Spotify. Spotify has one of the biggest music libraries in the world – of over 15 million tracks – and is committed to offering our users the widest possible selection of music across artists and genres from around the world.

Spotify was launched out of a desire to develop a better, more convenient and legal alternative to music piracy.  Spotify now monetizes an audience the large majority of whom were downloading illegally (and therefore not making any money for the industry) before Spotify was available.

“Spotify is now generating serious revenues for rights holders; since our launch just three years ago, we have paid over $100 million to labels and publishers, who, in turn, pass this on to the artists, composers and authors they represent. Indeed, a top Swedish music executive was recently quoted as saying that Spotify is currently the biggest single revenue source for the music industry in Scandinavia.

“Spotify is now also the second single largest source of digital music revenue for labels in Europe (IFPI, April 2011). Billboard reported in April that Spotify territories saw an average digital growth rate of 43% last year. By contrast, neighbouring countries (without Spotify) saw only 9.3% digital growth.  ”We are very proud of the positive contribution that Spotify makes towards growth in the music industry.”

The streaming vs. downloads wars are likely to continue. Right now, all stats point towards that the two solutions can co-exist. Both solutions are on the rise, and together they seem to be stealing market shares from physical sales and not each other.