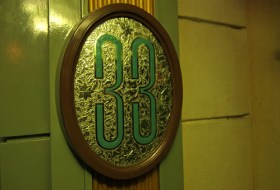 This week Google not only acquired Motorola Mobility, they also launched a new music blog service named “Magnifier”. The service, which is described as “Google Music’s cousin”, makes music recommendations to users and offers daily free downloads. The downloads will be made available in the users cloud library . and that part of the experience is said to be seamless. There is also a dash of editorial content available, as the Google Music team selects one up and coming artist per week to shine a spotlight on. Even though the idea of “staff picks” is not very web 2.0 it’s a nice flirt with the “curation” trend.

Trouble is that other blogs and websites out there do this better, and the logic of hype tells me that Google will have a hard time selling this to the music savvy hipsterati out there. To be honest, Magnifier feels as much as a music discovery experience as walking into a gas station and see a CD of “Best of the 80’s” at the counter, compared to shared playlists and crowd sourced solutions. So, why does Google bother, well perhaps techcrunch nailed it in their header “Google Launches A Music Blog To Remind People That Google Music Beta Still Exists”

Here’s a second opinion from TheNextWeb

YouTube, who reign supreme as the top music service on the Internet (without even being a music service per se, mind you) recently added a few features to make the music experience on YouTube even better. You’ll now find recommended videos and artists based on your viewing history, local concert listings and publications such as Spin and Vice will offer playlists and recommends music in a very trendy effort to “curate”. Read more over at Mashable here

The times they are a changing

This wonderful animated gif have been floating around the digital music web lately. It does a fine job of reminding us that things change, wether we like it or not. The status quo is not carved in stone. Change is possible.