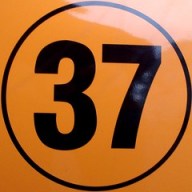 The free spoken Michael Robertson did not mince his words when he appeared at the SF MusicTech Summit this week. Robertson, who founded MP3tunes, made his feelings about music startups and the major labels clear. He basically told the assembled crowd to avoid major label licensing or die a painful death.
“The odds of making money with a major record label are pretty close to zero,” Robertson said.

A study recently published by eMusic show that a whopping 92 percent of music fans prefer owning their music. In context, this bears significance to the ongoing battle between a la carte downloads and streaming. The reasons cited by the interviewees for preferring ownership were among others “unlimited playback” and “security of collections”.

Read more about the study here.

What an Artist Really Gets Paid

Ever wondered what the financial break down looks like across services? Uniform Motion revealed their stats on their blog, a move that caught the attention of the digital music press. Read the band’s own post here
and checkout what digital music news made of the numbers here

The numbers are unsurprising, but it certainly provides a great overview and Uniform Motion does a great service to other bands by publishing not only the revenue they can expect from various services, platforms and distribution channels, they are also good enough to disclose the total costs involved, which allows for a rather straight forward profit calculation.