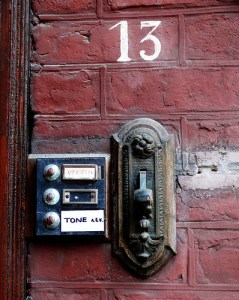 Amazon left Apple and Google watching their tail lights as they released their Cloud Player this week (so far US only). The player, a straight up locker service, lets users upload their music library to the “cloud” and stream if from there to any device, be it computer or hand held – as long as the hand held is not an Apple product, mind you. This means no Iphone, no iPad.

While I have not tried the service myself, other observers seem to think that it’s pretty usable and intuitive. With a locker service, price and storage space are obviously factors. Amazon offers 5 GB of free storage, and upgrades come at 20GB for 20$ a year, which means a buck per GB.

But hey, what about music licensing? For the casual observer, this seems pretty straight on, I mean you paid for the music once, so who cares where you put it? Right?  Well, in the world of music, nothing is that easy. Or is it? Let’s have a look at what Amazon spokes person Cat Griffin told ars technica:

“Cloud Player is an application that lets customers manage and play their own music. It’s like any number of existing media management applications. We do not need a license to make Cloud Player available.”

“The functionality of saving MP3s to Cloud Drive is the same as if a customer were to save their music to an external hard drive or even iTunes.”

“We are disappointed that the locker service that Amazon is proposing is unlicensed by Sony Music,” a spokesperson tells Billboard, while Reuters has a quote from Sony’s Liz Young saying “We hope that they’ll reach a new licence deal, but we’re keeping all of our legal options open.”

Of course, other questions linger:

IF the future is streamed subscription services, such as Spotify – who needs this?

And can we interpret this Amazon move as a sign that they DO believe that streaming music is the future, but subscription is not?

Remember, you have to buy the music you place in the Amazon cloud from somewhere, and Amazon hopes that “somewhere” is Amazon.

Meanwhile, hypebot did a fine side-by-side overview of recent market research on the question of “cloud music” . Hypebot notes that  ABI Research and Juniper Research both predict a boom coming on.

Let’s tune in to some marketing-twaddle-speak. First: ABI Research who believed that:

“smartphone penetration, a lowering in price, and an emerging Asia-Pacific market would give services like Spotify and Rhapsody a boost”.

Juniper Research “suspect that subscribers will reach 178 million by 2015, due to an increased 3G Access, i.e. smartphone penetration in China and India, also known as the emerging Asia-Pacific market”.

By 2015, the study’s author Daniel Ashdown believes that “mobile music will become a $5.5 billion industry.”

Hypebot notes that the music business might not be ready for this and asks:

“…what happens if CDs plummet and digital downloads go stagnant?”

“In other words, if streaming does boom in popularity, and artists and labels aren’t prepared for the days when their margins from downloads are obliterated, the iceberg, i.e. industry profits, could become unstable and topple over suddenly”.

Follow the links, read what the always insightful Hypebot has to say, and connect the dots.

To me, this just proves that once again the music industry are idle observers where they should be agents of change.

The interesting part of this story is the format. 7Digital says that this is “the first new album by a major artist released in this format.” For those of you who are not down with music file formats, the FLAC (as in Free Lossless Audio Codec) is high quality audio. 7Digital CEO Ben Drury explains it as so:

“Films, television, and visual media have all moved towards higher quality HD formats, and the 24-bit FLAC format is essentially ‘FLAC HD’.

This is indeed a move forward. The question of high quality file formats have been circulating for a while. One aspect that is not yet properly explored is whether customers want this to such an extent to warrant the development, and would they be willing to pay premium for high quality audio?

The other question is of course: why should they pay more? Reasons behind the higher price is the larger file size and the higher demands on bandwidth.

“Apple makes up nearly 85 percent of digital indie revenue, worldwide, and that includes aggregated downloads, subscription, and streaming sources”, and this leaves “both Amazon and Spotify with paltry shares of roughly 5-6 percent each”.