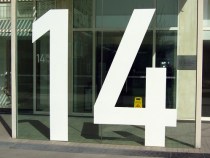 Google has removed the Grooveshark Android app from the Android Market store. “We remove apps from Android Market that violate our policies,” Google says. According to sources, Google received a complaint from RIAA. Apple pulled the same stunt last year. More here

MSpot executive on how the majors dropped the ball

Kathryn Shantz of mSpot captured the zeitgeist pretty well in a quote over at Digital Music News. Shantz commented that the majors lost a big monetization opportunity by saying no to the cloud services:

“Requiring licences on music that has already been purchased means passing on costs to consumers, and that’s a hard sell all around…”

“Buying and storing music really go hand-in-hand for the consumer. This is where the industry stands to make money by selling music. Why?  Because you can just press play.”

It is safe to say that if anyone understands online music marketing, it would be Bob Moczydlowsky, vice president of Product & Marketing over at Topspin. In a Digital Music News post, Moczydlowsky is quoted to have said that the top three channels any DIY artist should concern themselves with are:

“I’ll argue for that list all day,” Moczydlowsky told an audience over the weekend at the Music & Entertainment Industry Educators Association conference in Los Angeles.

With an endlessly growing toolbox, focusing your effort makes a lot of sense. The post is enlightening. Read it here:

Baidu to launch music search in May

MusicAlly reports that Chinese search engine Baidu will launch its legal music search engine in May. For this to become a reality, Baidu needs to have deals in order with both publishers and lables though. China is a big market and this experiment will be most interesting to monitor.