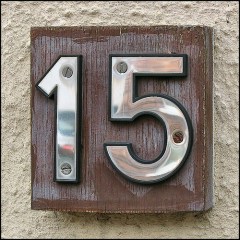 Spotify changes to free cause commotion

This week Spotify announced changes to their free plan. Reactions have been split between two extremes that can be summed up as:

So what has caused such commotion? Well, the changes that have been announced are:

– Free listening hours will be 10 hours per month, previously the limit was 20 hours per month.
– Free users can play a track up to five times only.
– New free users will enjoy six months of the “old” system with the old limits.

The cap on how many times you can listen to a track is clearly aimed at the idea that you can use Spotify instead of buying an album. The restriction on listening hours is harder to understand. Is the idea to convert more free users to paying subscribers? Spotify swears that this is not why they are doing it. And remember, more subscribers is less people listening to advertising – the other source of income for Spotify.

Yet others swear that the strategy has something to do with the Spotify US launch – again Spotify refutes this, but no one seems to know what the real purpose of the strategy is. “Because they can” is the best analysis I’ve come across.

End users who do not want to pay their way is one thing. Even if this is no small point, end users are usually seen as a group of people who can “learn” new behaviour. Now, Spotify managed to teach end users that music is free if you only listen to advertising. The next lesson now announced is perhaps harder to absorb.

Some observers have taken it for granted that the new scheme means more money to the artists – a rather naive idea which is probably rather far removed from reality. It is true, however, that if Spotify makes a sweeter deal for labels (not artists, mind you) perhaps the Spotify catalogue could grow – and a larger catalogue means more value for money. But the current catalogue is hardly small.

PaidContent sums it up well:

That’s why we, Spotify and the music business may be approaching a proving moment. The Swedes have created the most easily accessible, best-loved streaming service to date, with more songs than you could listen to in a lifetime… if that isn’t worth paying for, what is… ?

In turbulent times for Spotify, Aspiro, the people behind streaming service WiMP, releases findings from a survey which says that nearly half of all Swedes and Norwegians have access to a streaming music service. About 1000 people were surveyed in both countries. Read more here

The Google and the Music

Multiple sources tell us that Google has acquired Pushlife – the Canadian mobile music startup that built a service which allows for “iTunes-like” sync between iTunes and Windows Mobile. Yet another move from Google in the field of digital music.

These news reach us at the same time as rumours that Google is “disgusted” with record labels and are considering doing an “Amazon” and just go a head with the locker service without the support of the labels. This would be a reduction of the Google ambition in the field of music as previous plans extended beyond a mere locker service and required licences from rightsholders.

Another source points out to Wayne Rosso of The Music Void that:

“Larry, Serge and Eric could buy the entire music industry with their personal money”.

Larry Serge and Eric being the Google top three executives. Even if this could technically be true, it is not much more than a juicy quote. But juicy it is, and the quote does a good job of underlining the weirdness of the situation. Google did, after all, report revenues of $8.58 billion for Q1 this year, up 27% year-on-year.

This week, FanBridge announced that they have reached a 100 million fans milestone, reports Hypebot.

FanBridge also launched an API that “integrates partner offerings like online music stores and ticketing”.
If you are unfamiliar with FanBridge, it is a service that help artists collect and engage with fans through various channels. Needless to say, 100 million is an impressive amount of people.