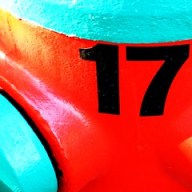 Apple trumps Google in race to the cloud

According to wide spread rumours, Apple has now secured licensing deals with two of the four major labels in support of their upcoming cloud service. Sources say that deals with the remaining two are not far behind.

As you know, Amazon went ahead and launched their cloud service a few weeks back, but without any label deals in place. The argument from Amazon is that they do not need any licensing deals as they are only allowing people to upload music that they have already bought, to the Amazon servers. This allows Amazon users to access their music from any device at any time, provided that there is an internet connection at hand. Not everyone agrees that this stands legally though. Surprise, surprise.

The most noticeable difference from actually having these label deals in place, a part from the legal issue, is that if you as a service provider have inked deals, you can store the one “master track” for each song and then share this with all users for whom the access control verify that they have the right to access the track. Admittedly, this is a more elegant solution than storing 10 million copies of the same track.

This is, however, not the only benefit from signing deals with labels. The deals open up for innovation, and closing those deals allows for the creation of a much richer user experience.

Meanwhile, Google is said to be frustrated with the labels, and some rumours even say that the search giant has reached out to Spotify for a helping hand. To me this sounds rather unlikely,(and Spotify denies this) but remember that Google already owns the most successful (in terms of usage) music service out there in the shape of YouTube (check this infographic out if you haven’t already). And according to some (albeit biased) calculations, 250 000 YouTube plays pays a mere 8$.

There is no question that the race to the cloud opens up benefits for the end users, who just want to enjoy music. The question is how this affects the stream of revenue flowing from paying music lovers, via service providers, record labels and publishers all the way down to the boys and girls who create the music. Which brings us back to the old question: does recorded music exist to create direct revenue, or does it exist to market other value offers within the music industry?

As always, this question remains the nut to crack for a sustainable digital (recorded) music future. I would suspect that the answer is “it depends” and “both”. As always.

Rock N’ Roll Hall of Fame app, developed by Sideways and priced at 2$, displays information about the 600 songs that “shaped Rock N’ Roll” and allows for the purchase of these songs. Two weeks after the app release, interesting stats are released from Sideways, reports evolver.fm. Apparently, the conversion rate is a whopping 31 percent. Evolver.fm figures that the success can be explained by “the level of curation and context surrounding each song”.

This could be good news for Spotify challenger WiMP, who have placed their bets on a higher degree of curation than the competition, this in  a world where the general idea has been that the users prefer to listen to other users. For long we’ve been told that editorial content is SO last year. Perhaps the success of the Sideways Rock N’ Roll Hall of Fame app proves that theory wrong?

But then again, the finishing words from evolver.fm that rounds of the article is also food for thought:

“Proportionally speaking, it might be easier to sell music from a catalog of 600 than six million songs.”