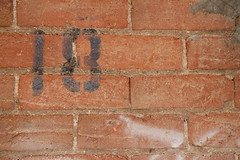 Spotify opens download store and syncs with your iPod.

Spotify has been all over the digital music news this week, and for good reason. The most recent update to the platform is huge. Here’s a break down:

This is all aimed at making Spotify the one place you need to visit in order to access your music, be it from a mobile device or from your computer. In the words of Spotify CEO Daniel EK

“From today, Spotify really is the only music player you’ll ever need”

This move is interesting in many ways. For one, it makes Spotify a more competitive alternative to iTunes. From a consumer perspective the Spotify update is a step towards making the service work the way one would expect it to work. But one continues to wonder about the people who create the music. A sustainable model for digital music must favour all players in the field – and right now one gets the feeling that the direction we are headed is innovation for the consumers at the creators expense.

You can read more about the Spotify update here (), here and here

At the speed of Sound – Soundcloud passes 4 million users, launches SoundCloud Labs and partner up with Headliner.fm

Soundcloud continues to impress. A few weeks back they passed the four million user-mark, and now they are pushing their API further by opening up “SoundCloud Labs” – where developers and users can access experimental functionality to toy with. This combined with the growing list of + 100 apps already created by third-party developers is truly good news for innovation in the digital music scene.

The SoundCloud partnership with Headliner.fm is interesting. Headliner.fm is a “realtime social media recommendation exchange for artists and bands”, a really intriguing idea worth keeping an eye on. The basic idea is that artists can recommend other artists to their fan base, in exchange for a return of the favour. When doing so, artist earn “band bucks”, that can be used to “buy” promotion. Pretty neat!

Amazon pushes prices down to $0.69 for some tracks, including chart hits. The normal retail price is $1,29. Strategic efforts to drive business to their new cloud service, no doubt. Observers note that the lower prices are unsustainable for Amazon in the long run, as Amazon’s obligations to the labels continues to be the full wholesale price. But is this a “devaluation of music as art” as Jakomi Mathews suggests in this interesting piece: ”What Is A Fair An Equitable Retail Price For Digital Music?” over at The Music Void.

“The recorded music business should not be held to ransom by one company that has a global monopoly on retailing digital music”.

Facebook recently launched a Music on Facebook starter guide – a good resource for anyone interested in digital music. Meanwhile hypebot notes that 44 out of the Top 100 Facebook Pages are music-related (according to PageData). If there was ever any doubts that artists and labels can benefit from an active Facebook presence, those can be put to rest.

And services like RootMusic’s BandPag and Reverbnation among others,  can be great tools for artists, bands and labels, making the experience of listening and buying music within the Facebook platform richer and more enjoyable.

However: Paul Resnikoff over at DigitalMusicNews has continually been raising the warning flag for music services built on top of the Facebook platform. Resnikoff’s argument is that Facebook has the power to kill great music apps for Facebook with a simple change in the Terms of Use.

J Sider, the co-founder and CEO of RootMusic criticised Facebook for not doing enough to meet musicians’ needs, which was probably an effort to explain why RootMusic’s BandPage is necessary, more than actual critique aimed at Facebook. And indeed, Sider later provided a clarification.

But this is telling, because Sider cannot afford to bite the hand that feeds him. Falling from Facebook grace would mean death for a company like RootMusic. If Facebook does decide that it’s time to do more to meet musicians’ needs – RootMusic’s BandPage could become obsolete.  The power that Facebook has can be intimidating.