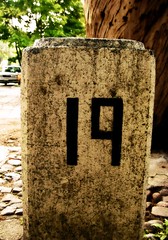 The biggest news this week was the Google unveiling of their music cloud service. Just like Amazon’s Cloud Player, the Google service is launched without the backing of any label deals. The Amazon and Google Music services works in similar ways. What you get is a place in the cloud to store your music, and you can access it from multiple devices. Amazon offers the possibility to purchase tracks in the Amazon store, tracks that will be automatically added to your “cloud” account. Google offers no such thing, but one can of course add tracks purchased elsewhere.

The most interesting part here is the timing. Amazon did beat Goole to the punch and launched their Cloud Player in March, and Google are now followers in this race. So Amazon stole the thunder and no piece about the Google Music initiative would be complete without a comparison with the Amazon alternative. There’s some “first move advantage” for Amazon in that regard. But that might just be a hollow victory. The general feeling in the business seem to be that once Apple gets their ducks in a row and get their cloud initiative out there (rumours say June), they might finish last in the race, but instead, they will get it right. That has been their strategy for some time, and even with the occasional hick-up (Ping, anyone?) they have been hugely successful. The basic theory: If you cannot own a new market, you just open it up for followers.

There is not much love lost between the majors and Google. Apparently Jamie Rosenberg, head of Google’s Android platform told MediaMemo that:

“Unfortunately, a couple of the major labels were less focused on the innovative vision that we put forward, and more interested in in an unreasonable and unsustainable set of business terms,”

Business as usual, then.

Also check out this overview of the Google service found at engadget here:

Streaming music service WiMP has released a new tool allowing for WiMP users to import playlists from largest competitor Spotify. According to sources, WiMP wants to create an open standard for playlist sharing between music services. Even if that’s a fine idea, the real reason is of course to kill an obvious obstacle for any Spotify user who has been reluctant to switch to WiMP due to all the time and energy dedicated to the creation of playlists.

WiMP also announced that their user base has doubled since the beginning of 2011 and currently over 200 000 people use the service. The user base is expected to make a jump again in May, when WiMP will announce a bundle opportunity for Canal Digital subscribers.

A new move from MySpace lets their users export their MySpace page, complete with music, videos and images directly to a Facebook Page.  This may or may not be of interest for artists, as many of them have left their MySpace profiles to die a slow death, and for this reason are hopelessly out of date. These artists have already found other ways to get their music up on Facebook and have little reason to look back.

If you are interested, MySpace Music Artist App is available here.