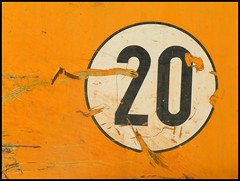 Apple closing in on the cloud

Mashable reports that Apple has signed a licensing deal with EMI for their upcoming cloud music service. As Apple already has a deal in place with Warner, and rumours say that Sony and Universal are to be onboard soon, the music giant might just announce the launch of their cloud music service at the Worldwide Developer Conference WWDC in June.

UPDATE: Now Bloomberg reports that Apple has inked a deal with Sony as well.

As I have noted earlier, and I am not alone Apple might not be first on the ball here, as both Google and Amazon have launched their cloud services already, but when Apple play, they play to win. The biggest noticeable difference between having the majors onboard, like Apple seems to have at this point, and launching without the consent of the labels, like Google and Amazon did, is one of user experience. With these deals in place, iTunes users will not have to upload any music to the cloud. If they own it, iTunes will play it to any (iOS) device.

In the words of Hybebot’s Bruce Houghton:

“Steve Jobs knows that its far more important to be great, than to be first.”

As you may or may not have heard, digital distributor Tunecore received some bad press when they raised their yearly flat rate fee from $19.99 a year per album distributed to $49.99 per year.  Tunecore competitor CD Baby tried to attract Tunecore defectors with discounts, if they switched to their service, which has a percentage based distribution fee (and a $39 per album sign up fee). This led to a debate over at Hypebot about flat rates versus percentage fees, in which Jeff Price made the argument that

“I am by no means suggesting TuneCore is not a business, it is. And it does charge a flat fee for a service, but I feel I can look someone in the eye honestly when I do that, not when I take a piece of what they make when their music sells”.

This is interesting. Menyou, where I work, of course, takes a 10 percent cut of your sales – and when your global team of resellers make your music rock all around the globe, you pay them the percentage you decided in advance for each sale. The fact that your music can be spread and heard cost you nothing.

What is the right way to go? You tell me…

Out of the Music Hack Day in San Francisco recently came SoundRain, a new interesting integration with the SoundCloud API. Using SoundRain, SoundCloud users can sell their music “hassle-free” via Minno, a micropayments service launched in 2011.

When trying it out, I found that it was indeed hassle-free – much thanks to the Facebook connect sign up process, and the $2 credit new Minno users receive on sign up . When those credits are spent, you can buy more using your credit card, which of course makes it a tad more complicated.

From the content owners perspective, Minno automatically pay out your earnings using PayPal, as soon as your earnings reach $10, and then continues to do so.

As always, someone somewhere must pay, and in the case of SoundRain, “the cost will be on the partner” (in this case SoundCloud) a SoundCloud spokesperson told Hypebot.

All in all, the people over at Minno have done a great job, and much credit must also be extended to the Soundcloud API.