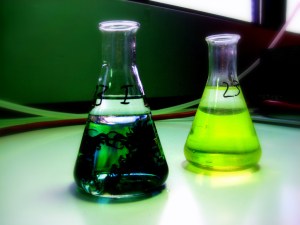 During the past few days I had the great opportunity to help out during the Cross Media Labb 2, organized by BoostHbg. I wrote some reflections during the Lab on behalf of BoostHbg, and I thought I’d share them here as well. It was truly a great experience involving fine people who kept impressing me with their skill, talent, knowledge and eagerness to learn. I took part as process manager and occasionally I was allowed to jump in and offer my perspective in the many discussions that took place.

The participants of Cross Media Lab 2 arrived one by one to BoostHbg’s facilities at Dunkers Kulturhus in Helsingborg the day before yesterday. It feels like it was a month ago. The quantity of information, impressions and input is almost, but only almost, too overwhelming. Still, I will try to sum up the two first day’s of Cross Media Labb 2.

As people started to trickle in at BoostHbg, the careful socializing of people who don’t know each other commenced. While enjoying a nice meal the normal introductions were made and a few exercises were organized as to make sure that the “getting to know each other” – phase was both deepened and broadened.

Then, as a first problem solving exercise – the team was provided with a destination, a GPS and a car. A bit of a risk, and that the GPS malfunctioned at times surely did not help. Thankfully, they reached their destination before schedule – unharmed and in high spirits. Arriving at Drakamöllan, we found that the scenery out here is truly breathtakingly beautiful and the facilities are second to none. After a quick tour of the site, a traditional welcome drink was enjoyed and soon we all found ourselves working together with the chef to create a three course meal. Good fun, and the result was spectacular.

After dinner we sat down for a casual glass of wine. The discussions quickly reached a point where critical issues that really concern the participants were aired. As the different perspectives emanating from the different areas of interest clashed, the differences became apparent. The always present “free” debate – i.e piracy came up. It was interesting to see how downloading is a completely natural way for some to consume media, while others pointed out the obvious need for the creators to get paid. Some pointed out that the product in itself: the film, the music, is not what we are paying for, we are paying for surrounding offers of value. Some felt that “this is the way it is , there’s nothing to do about it”, other raised the issue of theft and morality and right and wrong. The discussion is not new, but it really comes alive when people from different perspectives and background join in. It was a great evening.

Time to get to work.

The what – discussions about what Cross Media is

Day two started with a rounding up of the usual suspects that have been known to create confusion when discussing these matters. For his reason Cross Media, Convergence Media and Trans Media were lined up against a wall and subsequently thoroughly probed and examined. Pretty soon, a quite common quote from a production perspective was heard “Oh, yeah we do that – but we don’t call it that”. Basically, they don’t call it anything in particular. And why should they? Enjoying a casual academic discussion about the merits of various words is a luxury very few can afford. But the team all seemed to feel and realize that a common understanding and a common language is a necessity in order to move forward. Interestingly, some aspects of Cross Media were discarded early on, regarded as too “simplistic” – as “standard” and “business as usual”. “Of course we do THAT, EVERYONE does THAT”. This just goes to show how quickly the words we use to describe “new” things, ideas and techniques in this area becomes antiquated and obsolete. This too seemed to have been an important realization for the team.

The why – examining gains and losses with Cross Media work

Moving on, we tried to figure out why on earth anyone would be interested of doing this. Basically, “how can you and your industry gain from Cross Media work”, and “how can your audience and your customers gain”.
These discussions hit the old “art versus commerce” debate early on, as the different financial realities of the various disciplines became apparent. This led to the question of the various aspects of Cross Media. Are we discussing production? Distribution? Marketing? Business? Art? The debate seemed to clarify that the disciplines have a lot to learn from each other.

Some felt that the they DO want to offer the audience a deeper and richer experience, BUT they are not sure that everyone wants to move across platforms or engage with the media in new ways. In conjunction, the “passive” experience of watching film was defended and contrasted with the very active engagement with the media that takes place in gaming. The area of Social Media was also inevitably touched upon, as well as the questions of user generated content and user involvement.

The who – examining the different disciplins

After this the team was sent out in pairs to enjoy a nice walk in the beautiful surroundings. Armed with 20 questions they were offered the opportunity to pick the brain of someone from another discipline. To goal was to reach a deeper understanding of each others professional realities and work processes. The team then filled out a model where strengths and weaknesses were outlined. Areas were found where the disciplines can learn from each other, and find inspiration. Differences in leadership structures and the different schools of project management was debated and it became clear that many of the participants found this area to be particularly interesting. We also talked about the delays inherent in some of the industries due to slow decision making processes found in hierarchies versus the in comparison extremely fast iterative processes found in software development.

Give it a go – the first case

The team was assigned a case to solve in pairs in 20 minutes. Equipped with a pick nick basket they toiled away and when we all re-assembled they astounded both themselves and us with very interesting and innovative ideas.

Just before dinner, the team listened to a very interesting presentation from Cross Media expert Cecilie Stranger. After the presentation we all enjoyed another fine meal together and had the opportunity to ask Cecilie questions.

Day Three had innovation processes and idea management on the schedule. Many great ideas came out of this day, too many to describe here. Suffice it to say, this work most certainly deepened the teams understanding of both the subject and the many possibilities that the combination of disciplins offer.

Day three also featured a dinner guest, this time in the shape of the brilliant Hanna Stjerne of Swedish Radio. For some time now, Hanna has been working on a research paper called “Framtidsutredningen”, which roughly translates as “The Investigation of the Future”. The paper tries to notice current trends and extrapolate them into the future, thus mapping out a direction for Swedish Radio in the emerging media landscape. No small task. Hanna spoke of her findings, which I found to both insightful and “in the now”. Hanne then joined the team for dinner, drinks and conversations.

More information about the BoostHbg Cross Media work can be found here.