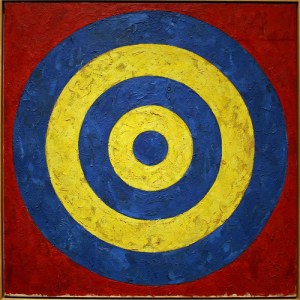 Strangely, I’ve come across quite a few intelligent people in my day who demonstrated apparent problems understanding the difference between Goals and Objectives. As a result I’ve been known to find myself in discussions where Mr. Confusion and Mrs. Frustration joined in. So here’s a breakdown for you.

Remember Star Wars? Of course you do. There was an Evil Empire. And they needed to blow up the Death Star, right? A great big thingy floating around in space blowing up planets constitutes a problem in any galaxy. What to do? What to do? Well, dress me up and call me Sy Snootles – there’s a flaw in the Death Star design! Hooray! Let’s fly in with our X-Wings and blow the sucker up!

So it seems the Objective represents the steps we propose to take to ensure that we reach our Goal.

This is almost the same as the difference between a problem and a solution.

Because we THINK that if we destroy the Death Star the Evil Empire will be defeated.
And we THINK that by introducing Two New Products by Q4 next year, Customer Loyalty will increase.

Notice how we can’t really do anything about the problem, more than describe it. The solutions, however, rest in our hands. They are proposed by us, and executed by us. And there might be several alternative solutions to the described problem. Being able to tell the difference means being able to stay on target. The Goal is the real target, the Goal is where we wanna be. The Objective is how we get there.

So we identify a problem, make it our goal to solve it and set up some objectives that describe how we will act to get the problem solved. It’s not that hard, really.

Depending on where in your organization you find yourself, maybe the problem has been described and analyzed by someone else than yourself and you have to rely on their take on things. If the people responsible for this have failed to do their homework, you will end up nowhere. But that’s another blog post for another day. Savvy?